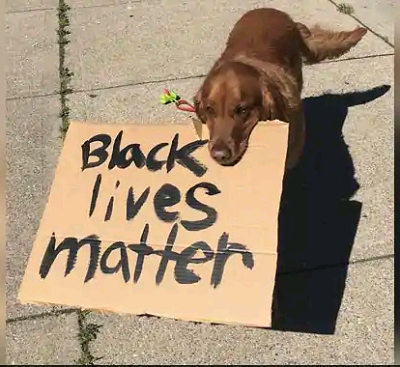 A video of the golden retriever holding a “Black lives matter” placard in his mouth as he marched along with anti-racism protesters in the United States has attracted over 8 million views on Twitter and invoked mixed reactions from viewers.

Sarah Emrick, 23, took to the streets with her dog to join hundreds of others protesting the death of an African-American man, George Floyd, who died after being pinned beneath a police officer’s knee for nine minutes.

Footage showed Ms Emrick walking her dog on a leash along with several other protesters on Sunday afternoon.

The dog was filmed walking calmly along with its owner, holding the cardboard sign in its mouth.

Ms Emrick later took to Twitter to respond to criticism about bringing her dog to a protest, saying that she would “never let it be harmed”.