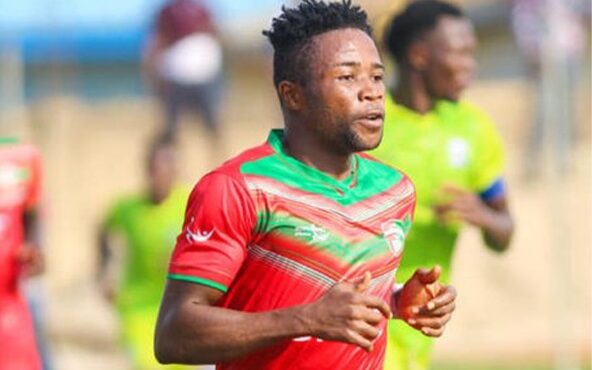 League leaders Karela United will attempt to maintain their hold on top of the ladder as they welcome struggling Liberty Professionals to the Anyinase Park tomorrow in the Week 15 encounter of the Ghana Premier League (GPL).

Already tipped as title favourites, Karela have enjoyed a great run of results in the ongoing season as they edge closer to their target.

After picking up a vital away win against Ebusua Dwarfs in their last meeting, the Anyinase-based side would be eager to continue with their winning streak.

With talisman Diawusie Taylor in good shape ahead of the clash, the top scorer will be hoping to continue with his fine scoring form as he currently boasts of 10 goals from 14 games which has won him a call-up to the Black Stars ahead of the AFCON qualifiers.

The ‘Scientific Soccer’ lads, however, have not been impressive this season. With only three wins, six draws and five defeats as they occupy the 15th position with 15 points.

Nevertheless, Liberty, who were up by a 2-1 lead only for Inter Allies to snatch the equaliser late in the game, could use tomorrow’s test to escape from the relegation zone. The return of darling boy Brite Andoh and the addition of energetic midfielder Prosper Ahiabu, will do good to their assignment.

In the other weekend clash, trouble-hit Hearts of Oak host Ebusua Dwarfs at the Accra Sports Stadium tomorrow in a dicey game. The Phobians, after two straight defeats at the feet of local rivals Great Olympics and Medeama SC last weekend, would seek to return to winning ways and bring back the lost hopes of some agitated fans.

Hearts go into battle without Serbian gaffer Kosta Papic, goalkeeper’s trainer Ben Owu ahead of the clash as the duo have left their post following alleged managerial interference. A win for the Phobians tomorrow would be a huge relief and a giant step in their bid to win the championship.

Elsewhere, fifth-placed Bechem United square off with a transformed Legon Cities who are yet to record a defeat in their last five games, having posted two impressive wins and three draws. The Hunters dropped from first place after Medeama put them to the sword and they would be desperate for a win in order to keep them in the title race. Coach Bashir Hayford could also pull a surprise to extend their unbeaten run.

Bottom-placed Inter Allies would also battle it out with WAFA today at the Accra Sports Stadium with Inter Allies seeking to move out of the danger zone. With two victories and two draws, the Allies have lost 10 times, making them the side with the most defeats in the ongoing season. They managed a point in their last encounter and could make an improvement.

The action continues tomorrow where Berekum Chelsea would play host to high-flying Dreams FC where the ‘Still Believe’ lads would be hoping to continue their unbeaten run to nine and become the longest unbeaten outfit in the league currently. Chelsea will certainly face a tough test with the Dawu-based side that are currently unstoppable under new Serbian gaffer Vladislav Viric.

In-form Accra Great Olympics will travel to face Eleven Wonders at the Nana Ameyaw Oark in Techiman tomorrow. The ‘Dade’ boys would be aiming to worsen the plight of their struggling hosts who lie 16th on the league, despite a good start at the beginning of the campaign.

A win for Olympics could unseat leaders Karela if the latter falls.

Following a shaky start, Medeama SC have climbed from the relegation zone to sit seventh on the league log with crucial wins against Aduana Stars, Hearts and Bechem United. The Tarkwa-based side is gradually pulling up the strings to fight for a top-four slot as a win tomorrow will increase their title dreams despite being written off by most bookmakers.

As of press time yester-night, AshantiGold were squaring off with Aduana Stars.

Ghana’s only contingent in Africa, Asante Kotoko had their epic clash with King Faisal postponed due to their participation in the CAF Confederations Cup.

The Porcupine Warriors would have to overturn the 1-2 defeat to Algerian side ES Setif in the first leg at the Accra Sports Stadium to sail through.