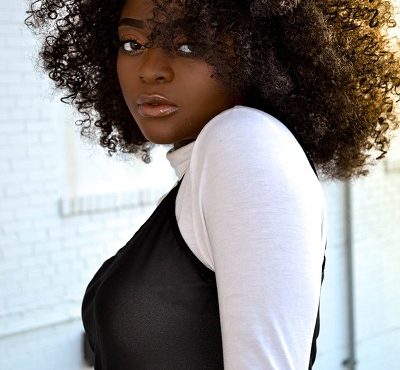 After discovering her poetic and writing potentials at an early age, she was perhaps not certain where the road may lead her.

However, with consistency and dedication over the years, she is currently making a mark in the creative space and looks forward to achieving more on both local and international fronts.

The spotlight, in this edition, is on fast-rising Ms Kuukua Eshun Ghanaian-American filmmaker and storyteller whose productions have been screened at film festivals across the world.

Her film, “Artist, Act of Love”, released in 2019, recently won an award at the Worldwide Women’s Film Festival for ‘Best Visual Effect’ and was  selected by the European Union for the 2020 European Film Festival.

Kuukua was born in Accra but lived the greater part of her life in the United States of America, where she studied Arts and Science at Columbus State University.

She returned to Ghana recently and is working on other promising projects that would augment the works of the relatively few women filmmakers in the local creative industry.

In an interview with The Spectator, the 27-year-oldexplained that storytelling had been one of her preoccupations ever since she was in high school but decided to pursue it professionally about three years ago.

“Ever since I was young, I have always known how to express how I feel through words. Before I started film, I was doing a lot of writing.Whenever I was upset, sad or happy, I would always write it in my diary.

“It got to a point where I thought I could turn my words into film.”Film making gives me the ability to see my strength and it gives me a lot of freedom,” she noted.

Taking inspiration from “emotions and femininity,” she is focused on raising awareness about social issues through her writings and film.

To this end, she said, a documentary on sexual violence would be screened in Ghana and Europe in December this year and was expected to empower women who had survived sexual assault and encourage others to overcome their “worst experiences.”

Prior to releasing her award-winning ‘Artist, Acts of Love” film, she had already released a short poetry film titled:“Stranger to Your Seed,” which attracted positive reviews on her YouTube channel about two years ago.

Another “Experimental Short Film” labelled: “Wake,” was also released about two weeks ago and was gaining some traction on the same channel.

“Artist, Acts of Love” which talks about “feeling and knowing love” is described as “a romantic escapism for people who love deeply.”

Currently working with popular actress and producer Ama .K. Abebrese, Kuukua considers herself “a powerhouse who would continue to tell stories that matter through her art and work.”

As an advocate, she has spoken on university platforms in the United States, Ghana International School, and many other conferences, but has recently collaborated with United Nations Population Fund (UNFPA) Ghana, to hold a healing session for young women who are survivors of sexual assault.

Her articles have been published in some international magazines and website as well as  published in the ECA Literary Magazine, Apple News, Ghana web and many more.

Kuukua is the co-founder of Boxed kids, an organisation which provides education to deprived children at James. She said the organisation, in spite of challenges, continued to impact the lives of about 50 children in the community and continues to attract the attention of other well-meaning organisations and individuals.

Her vision to create“a safe space for women in sports” againled her to join other partners to establish an all-female skate crew in Accra known as the “Skate Gal Club.”

Skate Gal Club, among other things, seeks to build the confidence of women, educate women about sport and change the perception about women in sports.It organises community events and has so far taught about 200 girls the basics of skateboarding.

The club, according to the team, is currently crowdfunding the creation of Accra’s first dedicated skate park to “avoid frequent clashes with the police and some members of the public who see skating a nuisance.”