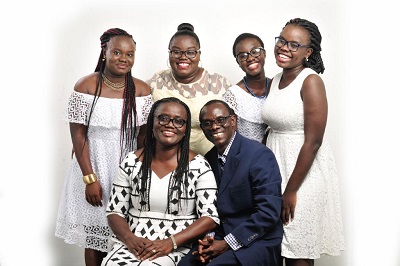 It is a truism that “while most people are dreaming of success, winners wake-up and work hard to achieve it.”

The Governing Council of the great institution made the appointment at its 258th (Special) Meeting held on June 25, 2020, upon the acceptance of the Report of the Search Committee for the appointment of Vice-Chancellor of the university.

Prior to her new appointment, the affable Prof. (Mrs) Akosua Dickson served as the 21st Pro-Vice-Chancellor and later as the Acting Vice-Chancellor in October 2018, when the then Vice-Chancellor, Prof. Obiri Danso was asked temporarily to step aside when student agitations and violence rocked the university campus.

Consequently, she was elected the Vice-Dean and ultimately the Dean of Faculty of Pharmacy and Pharmaceutical Sciences (FPPS) of the Kwame Nkrumah University of Science and Technology (KNUST), on two occasions (2016-2018), thus becoming the first female to be appointed to that position in the history of the Faculty.

For three terms (2010-2013) she became the Head of the Department of Pharmacognosy, KNUST.

Prof. Rita Akosua Dickson, Professor of Pharmacognosy, has pledged to continue to live up to her responsibilities notwithstanding any odds that might come her way being
the first female to occupy such an enviable academic position in the 68 years history of KNUST, where she is an alumna.

She began her basic education at the Akantome Primary School at Bolgatanga, the Upper East Regional Capital, through Royal International School, Kumasi, in the Ashanti Region of Ghana.

She studied for the General Certificate Examination, Advanced Level, at the Wesley Girls’ High School, Cape-Coast, the Central Regional Capital and qualified for the university to study Pharmacy at KNUST.

After graduating in 1994, she was invited by the Department of Pharmacognosy, Faculty of Pharmacy, KNUST, to undertake her National Service and subsequently a Teaching Assistantship position at the Department, alongside her Pharmacy Council which required hospital internship at the Komfo Anokye Teaching Hospital, Kumasi.

Professor Dickson further pursued Research Graduate Studies leading to the award of Master of Pharmacy Degree in Pharmacognosy in 1999 at KNUST.

Her hard work and commitment to duty got her the opportunity to be appointed a Lecturer in 2000 at the Department of Pharmacognosy.

She received a Commonwealth Scholarship award in 2003 to study for Doctor of Philosophy (PhD) degree at Kings’ College, London, and also at the University of London, UK, where she studied a parallel programme in education and acquired a Graduate Certificate in Academic Practice(GCAP).

On her return to Ghana, she was promoted to the rank of Senior Lecturer in 2009 and between 2011 and 2012, Professor Dickson won a Commonwealth Academic Fellowship at the Department of Pharmaceutical and Biological Chemistry, School of Pharmacy, University of London, UK, as a visiting Scientist Researching into Bioactive Natural Products as well as Novartis Fellow in collaboration with Seeding Labs in the United States of America.

She was promoted to Associate Professor of Pharmacognosy in 2014.

As an accomplished Phytochemist, her scientific knowledge and research expertise have impacted the international scientific community in terms of training, mentorship and scientific appraisals.

Her research work spans the identification and development of bioactive natural products as standard medicines for the treatment and management of communicable and non-communicable diseases, among others.

She is keen on phytopharmaceutical analysis and quality control of herbal medicines to ensure their safety and efficacy, with the conviction that Africans can reduce the continent’s disease burden by exploring the use of its flora and fauna.

Professor Dickson’s research mentorship has led to the training of a number of Master of Philosophy (MPhil) and PhD students, some of whom are currently employed in renowned public universities in the country including KNUST, and research centres in Ghana.

She has actively engaged the global scientific community with her research contributions. Currently, she has over 80 published scientific articles and conference proceedings to her credit. In addition, she has authored and co-authored five books and book chapters within the domain of her expertise.

She is very visible on renowned academic platforms such as Research Gate, Google Scholar and Scopus with research impact of over 24,000 article reads and more than 700 citations in various scientific disciplines.

Among other engagements, she serves as a reviewer for several journals in pharmacognosy, natural products chemistry and phytochemistry.

She is a member of the Society of Medicinal Plant Research (GA), among other international associations.

The Vice-Chancellor is married to Nana Sarkodie Dickson, a Chartered Accountant, and the couple is blessed with four daughters; Akosua Dickson, Abena Dickson, Akua Dickson and Afua Dickson.

At her leisure time, Prof. Dickson loves to cook traditional foods and share with friends. To maintain healthy lifestyle, she avoids junk foods and goes to the gym to keep fit.