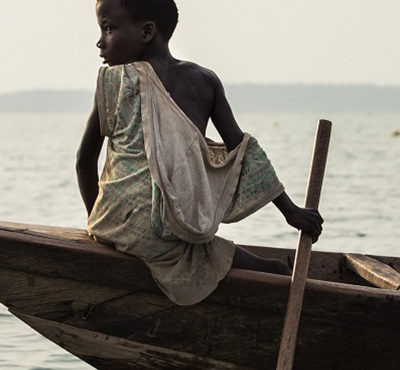 As soon as he ended his statement, Sitsofe frowned in disagreement with his father’s decision. He rested his forehead on his arm as he began to stamp his feet on the ground violently.

Sitsofe started throwing tantrums. Yawa heard the noise outside and came out to find out what was happening. “Sitsofe, nu ke dzo (what’s the matter)?” Yawa asked worryingly. “It’s Papa, he wants to send me faraway from here,” Sitsofe reported as he ran to stand behind Yawa. Papa Soglo turned and looked elsewhere when his wife arrived.

“Papa what’s going on?” Yawa turned and asked but Papa Soglo wouldn’t answer. He turned and yelled at Sitsofe to go and start packing his belongings as he pointed his index finger at the door.”Papa I hope what I’ve heard is untrue,” Yawa continued to quiz him suspiciously.

“That’s exactly what he has told you. What else do you want to hear?” Papa Soglo answered sharply. “But why? to whom? deke o(no),” Yawa protested and pulled a chair to sit beside her husband.

“See woman, you have no right to interfere in whatever decision I take for my son and you must know that a father’s control over his son is far greater than the mother’s. All I can say is that I’m sending him to my cousin to teach him fishing. I owe you no further explanation,” Papa Soglo declared and turned to look elsewhere.

Yawa, who was gripped by shock, got up and said angrily in tears, “So you mean he’s no longer my Son! I have practically nursed this boy when his mother passed away and continued to be a good mother to him. Now he’s not my son? This boy is after my heart.

Before taking this decision, you should have at least considered the state of my heart. Kpɔ dzime (Look into my heart). I am disappointed in you Soglo. You’re not sending the boy anywhere.” As soon as Yawa landed her statement, Papa Soglo got up and warned Yawa, “Don’t attempt to stop me. As I said, a father’s decision is greater than the mother’s.”

Papa Soglo left with Yawa following him in tears saying, “Soglo you’re not sending the boy anywhere. Then you will kill me first”.

The following day was the day of sorrow. The day of Sitsofe’s departure had arrived. Yawa’s effort to convince Papa Soglo to rescind his decision fell on a rock. Not even her river of tears could appeal to the conscience of her husband.

Sitsofe’s clothes had already been packed into a wooden box. His half brothers stood in front of their room covered in a thick melancholy. Papa Soglo stood in the middle of the house yelling at Sitsofe to hurry up and come out of the room.

As soon as Sitsofe came out of the room walking briskly, Yawa ran and held him saying, “Sitsofe you’re going nowhere. This is your father’s house and you belong here.” Running out of patience, Papa Soglo walked quickly and pulled Sitsofe from the grips of Yawa.

Yawa lost balance and fell on the ground weeping hysterically. Sitsofe’s brothers made an attempt to block their father’s way but were threatened with the swarm of bees at the backyard. With Sitsofe in tears carrying his wooden box, he followed his father sheepishly.