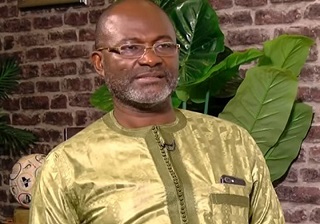 According to Kennedy Agyapong, Prophet Nigel Gaisie has triggered a process to get him.

“Yesterday, you’ve gone to hire people at Railways that they should come and kill me. Yes, Nigel and one of his big pastors”.

The Assin Central MP, who has labelled the leader of the Prophetic Hill Chapel as very evil, added that “how come just last night, you’ve gone to pay the boys, they were reluctant that they can’t do it and he gave them 10,000 to go and think about it”.

Kennedy Agyapong, who has jumped on Nigel Gaisie’s case two days ago, when he claimed to have exposed him as a fake man of God and a suspect behind Ebony’s death, has further warned the man of God.

“Do you think what I can do to you Mahama can save you? Fool, your house do you have any proper person like me and you’ll be the one kill me?” he quizzed and reiterated that he’ll still expose him with more revelations on Monday.

Hinting on how he got the information, Kennedy Agyapong said he has been monitoring the man of God.