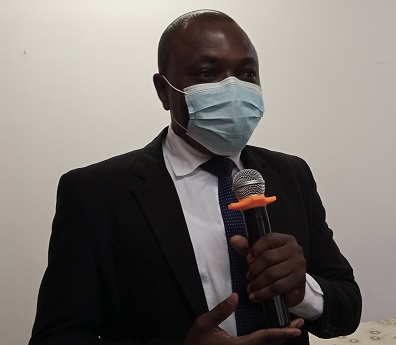 The demand for unapproved fees from patients by some health facilities in the Upper West Region is said to be affecting patronage of the National Health Insurance Scheme in the area.

Mr. Samuel Lekamwe Lobber, Regional Director of the National Health Insurance Authority (NHIA) brought this to the fore at an End-of-Year Performance Review Meeting held in the region recently.

He said that such illegal fees made clients to lose confidence in the Scheme and asked those health institutions involved to stop.

“Illegal charges remain the biggest headache to the NHIA in the region and it is affecting our efforts to mobilise more clients because if someone goes for healthcare and is asked to make payment for a condition that is already covered, that experience will not encourage them to renew their commitment with the scheme.

“Some of these health facilities charge unapproved fees for which they do not even issue receipts and still make claims to the authority for reimbursement”, he explained.

He indicated that the thought of having to pay for petty things such as folders and laboratory tests at health facilities discouraged some people from registering under the scheme as they did not value the services of the insurance scheme.

Mr Lobber said the fact that such people even went back to discuss their experiences at the health centres with others could further discourage several others from joining the scheme.

He appealed to health facilities across the region to be guided by the ethics of their profession which was to deliver quality healthcare.

He explained that to partly tackle this issue, a new feature would be added to the mobile renewal platform which allow the authority to confirm from patients if they had visited a particular health facility for health care services or not.

This feature, he said, would help check false claims tendered in by some health facilities and also reduce the rate of charging illegal fees.

The Director appealed to their clients to make use of the mobile renewal platform to check for drugs and services they were entitled at the health centre in order to avoid falling victim to the illegal charges.

He used the opportunity to commend staff of the authority for working harder to ensure that they attained 80 percent coverage of clients and said the move was to enhance access to universal health coverage by residents of the region.

The meeting which was on the theme “Sustaining our gains for universal health coverage- a collective responsibility” brought together former and current stakeholders of the authority to consolidate gains, share ideas and experiences and also chart the way forward.