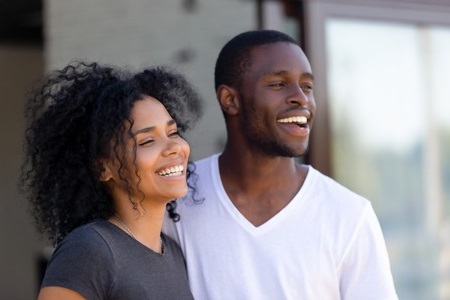 There are a lot of topics that should be off-limits during casual conversations, but men seem to feel entitled all the time. They feel they can just ask these questions whenever they want because they’re men, and they can get away with it.

And if you’re that kind of guy, stop it. You aren’t entitled to anything. There are some things that you just don’t ask a woman because it’s just downright disrespectful to do so. You have no right to be so intrusive, especially when it comes to the intimate aspects of a woman’s lifestyle. You always have to treat women with respect and sensitivity if you want to be treated nicely in return.

At this point, you have to be mature enough to know that there are just some questions that you don’t get to ask – especially if you’re not close to a woman. It’s quite rude, and it shows lack of breeding. And you might just be ignorant, but she should not have to suffer for your ignorance. After all, in this new age of information, ignorance is no longer an excuse; it’s a choice. So stop being ignorant already. Be aware of the big “no-no” questions that you shouldn’t be asking a girl you’re not intimate with. Here are a few examples of those questions:

Unless you’re her family or you’re actively going to participate in the raising of her children, you have no right to be asking her about when she plans to have kids. You are placing unnecessary pressure on her to have children by doing so. She might be dealing with other aspects of life at that moment, and she might not want to be thinking about children yet. You don’t have the right to put those thoughts in her head.

Again, this shouldn’t be a question to ask unless you’re the one planning to marry her or if you’re going to pay for her wedding expenses. This shouldn’t be your business at all. If you have to ask this question (which you don’t), she isn’t the right person you should be asking.

You should be talking to whoever she is in a relationship with. He’s the one who has to propose to her after all. You shouldn’t be making her feel bad about the fact that she’s not married yet by asking her this question.

How much money do you earn at your job?

Money is a big no-no question. You shouldn’t have to concern yourself with her paycheck if you only have a causal relationship. That’s sensitive information that you don’t have to know about.

A girl’s age is a sensitive topic, and you don’t have the right to be asking her about her age on a casual basis. It’s perfectly understandable to ask a girl of her age when she’s in an intimate relationship with someone or if she’s applying for a job.

But when it comes to being in a casual group setting and you put a girl on the spot by asking her about her age in front of a crowd, you are only coming off as an insensitive prick who is overstepping your bounds. Learn to be more sensitive and read the situation carefully before you say anything.

Signs of being unsatisfied in a relationship feeling depressed

How to deal with an overspending spouse (final)

How to deal with an overspending spouse